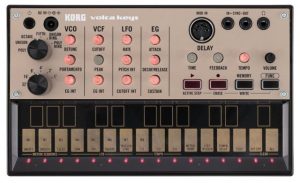 I love my Korg Volca Keys. For those who aren’t familiar with it, it’s basically a small, MIDI-controlled analog synthesizer.

In the past few months, I hadn’t been using the box as much as I felt I should be. Since the birth of my son, I’ve had a far less predictable routine for music composition. Instead of having prescheduled music time, I often find myself putting together beats across many stolen moments throughout the day. In such cases, I generally don’t have time to go upstairs, unplug the Volca Keys, unplug my MIDI interface, and bring it down to the kitchen or wherever I happen to be working. My solution to this problem was to make some multi-samples so that I could still incorporate the Volca Keys sound into my music regardless of where I happened to be.

I sampled each note over six octaves, set loop points, then turned them into multisamples.

Here’s a sample track (all sounds come from this sample pack except for the drums): 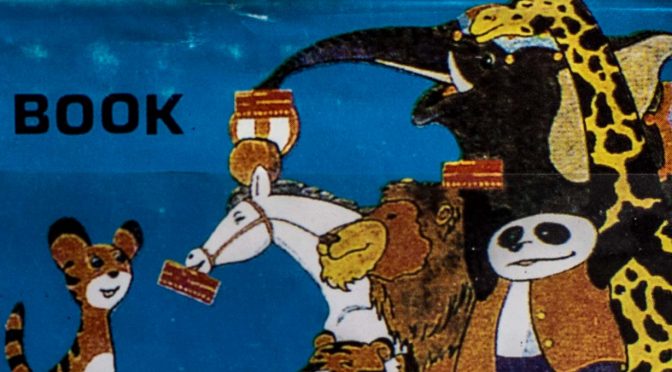 When I was a kid, a bunch of my friends had the same little musical toy. It was about a quarter of an inch thick, about the size of a smartphone; it featured a row of rubbery buttons which, when pressed, would play different notes on a scale. It was, essentially, a tiny, very primitive synthesizer.

It was the oddest little device: it could only play one note at a time, had no ‘Off’ switch, and it came in a little sort of wallet thing with a cover that you could close when you weren’t using it. I never saw one on sale at a toy shop, either. It seemed to be something that only existed at my friends’ houses.

Well, last year, I did a bit of research. It turns out that the toy was called the Echo Electron, although it was actually sold under a variety of names. The reason that I never saw one in a toy store is that they were actually sold via mailorder. Go figure.

Even stranger is that it seems they’re still being made, although the packaging has changed slightly since the 80s. Needless to say, I had one shipped from China for the princely sum of $1.99. Here’s what it looks like:

It sounds exactly like I remembered: the notes all lasted the same amount of time, and the pitch wasn’t 100% constant. It would start one one note and slowly slide down a half step as it got softer and softer. As an instrument, it’s terrible. Ostensibly, the notes are supposed to form a major scale, but the pitches drift so terribly from one note to the next that by the time you reach the top of the scale, you are actually in a different key from where you were at the bottom.

Anyway, I opened it up, and plugged the little speaker wires directly into the audio jack of my sound card and recorded. Now, I’ve made multisamples (SFZ, Ableton 9.7, Kontakt 5.6) for those who wish to use them with their music software. I’ve done my best to tune the instrument so that it is in key, although that’s very difficult for an instrument that doesn’t hold its pitch (you may find yourself adjusting some of the samples by hand as needed.) What else? I’ve added polyphony, and I’ve also expended the key range so that you are not limited to the major scale that the actual instrument plays.

A while back, I was looking for a decent piano sample to use in some compositions when I stumbled on a free Steinway Model C sample released by a man named Warren Trachtman. The patch, which I use in just about everything I do, is pretty much impossible to find on the internet right now, which is why I’ve decided to upload it here.